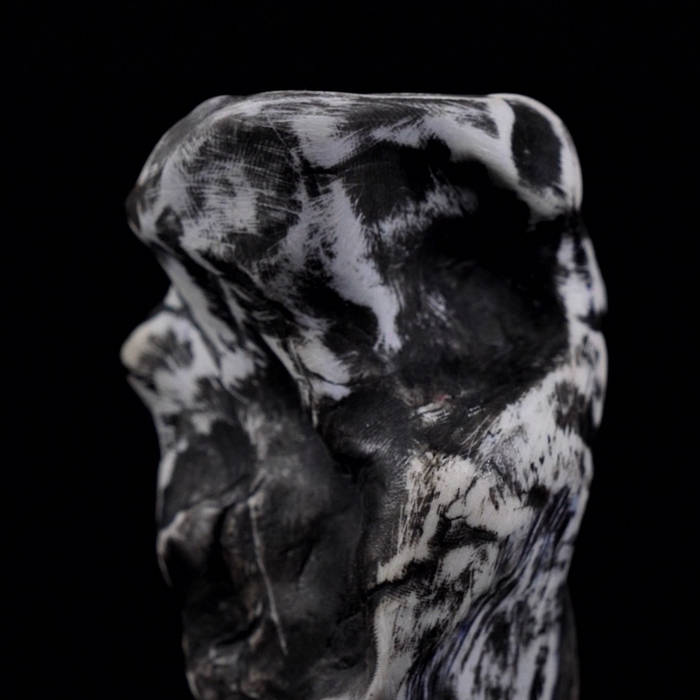 is based on a fictional scenario of restoring the ancient, lost and found, musical recordings. It is a personal contemplation of what this imaginary sound reproduction technology might be, and moreover, what are the musical specificities of a medium that we consider to be old (and maybe even long forgotten) in general. These imaginary (musical) findings are central idea around which the compositions have been made. Sound vocabulary of the work has been built elaborating on this, and on the idea that the medium, as a physical fact, can be represented in music as one of many existing compositional layers, with possibility to be depicted by using conventional musical tools. Some titles of the individual pieces point out to concrete references, providing the listener with the material for a storytelling experience that permeates the whole work.

Majority of the sounds have purely digital origin although their purpose is to resemble the quality and the characteristics of field recordings, amplified objects or other concrete sounds. At this instance, the compositional method becomes inversion of the music concrete in an attempt to re-create the world of real, organic sounds by using the artificial, digital ones.

The signature sound by EMS Synthi 100 has been used cohesively throughout the different sections of the composition, to set an emotional backdrop of the work, and as a source material.

Conceptualization of the work is done by turning to the field of archeology due to its vast amount of meaningful relations to the world of artifacts. Aside from it, to dig deep into the ground and underneath, in expectation of the discovery, of the (sound) object that is symbolically important due to its historicity and not only its present functionality, was an interesting place to start from. Music provides at the same the the setting for this process, and the actual, central content of it. Such approach brings me close to working in the film music domain - it felt like creating a soundtrack for the non-existing film, or the cinema for the ear kind-of-work.

The work consists of 10 pieces. It was composed between June 2019 and April 2020, although some materials have been gathered earlier, starting from February 2019.

Svetlana Maras (1985) is composer and sound artist from Serbia.
​She is composer-in-residence and artistic director at Radio Belgrade's Electronic Studio.

Bandcamp Daily  your guide to the world of Bandcamp

Featuring interviews with the mighty Hiatus Kaiyote and genre-busting L'Rain.